Using his experience of growing various plants on a large scale and utilising this as his main source of knowledge, Timothy Whiteley, owner of Evenley Wood Garden, became a successful plantsman over many years.

His interest in horticulture developed during childhood. Growing up in Bletchley, his father would propagate daffodils and roses, and Mr. Whiteley had memories of him pruning the roses every year despite having a head gardener. After marrying and starting a family, he moved to Mixbury and grew a collection of bulbs, though he never extended his gardening activities beyond this as the family always had plans of moving on. 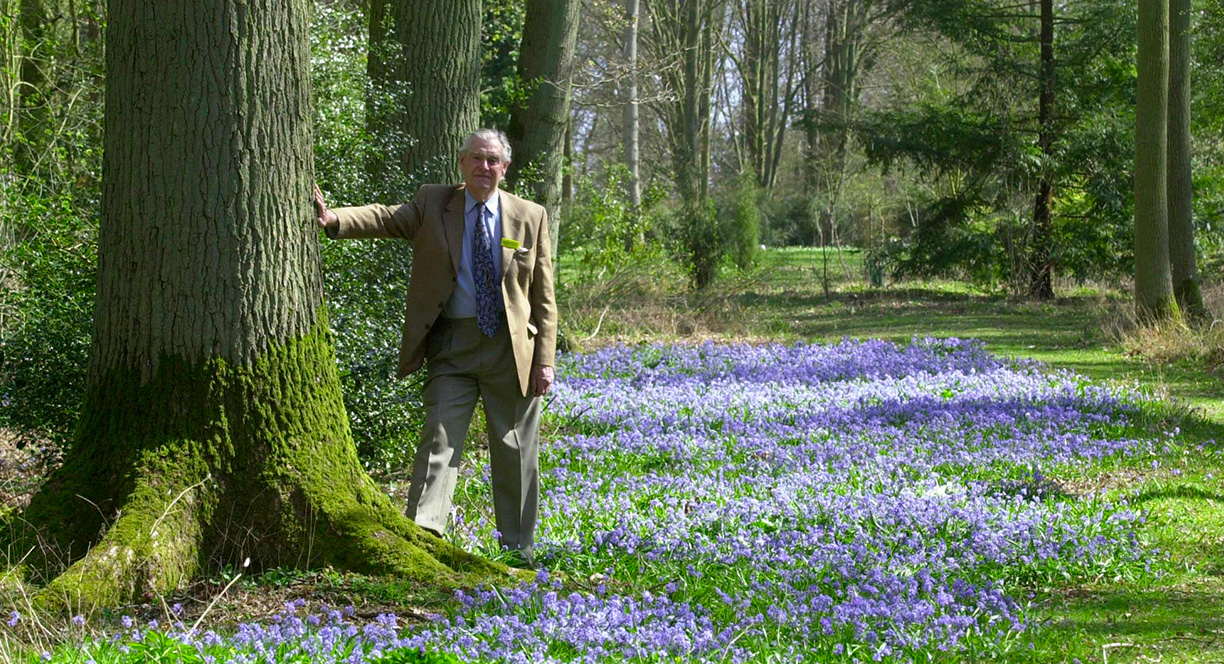 In 1980, Mr. Whiteley bought Evenley Wood Garden. Farming the land around this area for a number of years gave him good knowledge of the soil, thus prompting his purchase:

“I knew there was a patch of acid soil as I had seen the Rhododendrons flowering. I believe they were planted in 1900 for pheasant cover when the wood was part of the wider Evenley Hall Estate.”

The original plan was to develop the acid patch as a garden within the wood, but as bulbs were one of Tim’s horticultural interests, he decided not to limit them to one area. Among the bulbs that Mr. Whiteley enjoyed were snowdrops and lilies, and he also had a keen interest in trees including oaks, maples, euonymus and magnolias. One of his favourite lilies in the garden was the red-flowering Lilium ‘Garden Society’, which he bred, the North American Lilium canadense, and martagon hybrid Lilium ‘Theodor Haber’.

“It surprises me that people don’t see the attractiveness of woodland gardens over the summer. Yes, there are bulbs, especially snowdrops, daffodils, scillas, crocuses and cyclamens planted for the spring display, but we shouldn’t forget 300 roses, 120 lilies and 50 euonymus flowering in Evenley Wood each summer for our pleasure.”

Over the years, Evenley Wood Garden has produced nine new plants – some of which are available in the trade. These include a maple, later named as Acer campestre ‘Evenley Red’, and Lilium ‘Evenley Jane’ which was named after Mr. Whiteley’s wife.

“Sometimes, you need to be a good observer and have tremendous luck.”

Mr. Whiteley was also very active within the Royal Horticultural Society, and as a Chairman of the RHS Lily Group, he oversaw the International Lily Conference, held in London by the group in 2004. In March of 2011, he was awarded the Lyttel (Lily) Cup by RHS President, Elizabeth Banks. Then, as a member of RHS Woody Plant Committee, he agreed to conduct a trial of the Magnolia species on alkaline soil as research for the RHS. He was also an active member of the International Dendrology Society, which he joined in 1987.

For many years, Mr. Whiteley supervised a team of staff and volunteers. He actively participated in the garden’s activities until he passed away, aged 85, on 9th January 2017. 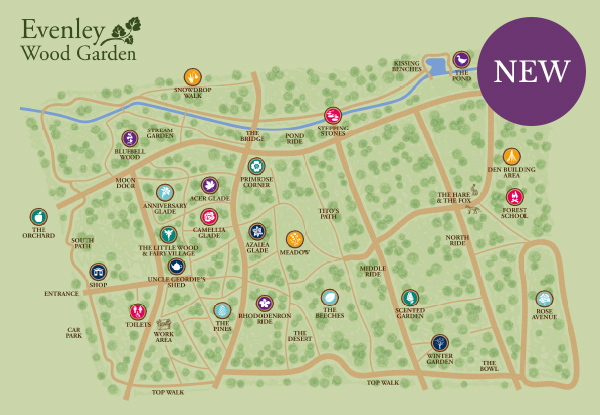